USCIS’ new policy of initiating removal proceedings against anyone whose application is denied and that denial leaves the applicant out of status goes into effect today.  In a stakeholder meeting September 27th USCIS addressed a number of concerns.

The policy will be phased in,and will not immediately apply to employment-based petitions or cases of humanitarian relief.  Forms I-129 and I-601A will not be included in this initial implementation.  It will apply to applications for permanent residence (adjustment of status) and to other applications to extend/change non-immigrant status.

Removal (formerly deportation) proceedings begin with the issuance of a Notice to Appear (NTA), and a foreign national is officially in removal proceedings when ICE files the NTA with the immigration court.

At the September 27th meeting USCIS stated it generally will wait for the statutory period of time to file a motion to reopen/reconsider or appeal to expire prior to issuing the NTA, although they reserve the right to issue the NTA at any time.

What Happens if an Appeal or Motion to Reopen or Reconsider is Granted?

If the motion to USCIS to reopen or reconsider the original application is granted, then the person still isn’t back in lawful status.  Upon reopening or reconsideration, the application could still be denied.  In that instance, in the past the court was more likely to grant a continuance to wait for the final decision by USCIS, or to administratively close the case, an action that removes the case from the active docket, but allows either the applicant or the government to move the court to re-calendar it at a later date.

However, under new rules established by the attorney general in the past few months, immigration judges have quotas of cases to be completed, and their ability to administratively close (hold in abeyance) or continue a case is now notably curtailed.  Attorneys must carefully evaluate and draft the motion to the court to comply with the new rules on continuances, administrative closures, and terminations.

USCIS stated that it will consider any positive and negative factors apparent in the record prior to deciding to issue an NTA.  Each office will create a panel consisting of a supervisory officer and an ICE attorney to review whether to issue the NTA.  Note (!) the panel will only review the case when a decision not to issue an NTA was recommended by the officer.  That would mean if the initial immigration officer recommends an NTA be issued, then, it will be issued.

USCIS stated at the stakeholder meeting that it will provide adequate notice for the applicant to leave the country prior to issuing the NTA.  Note here that if an applicant should decide to leave (which should be decided only after a detailed review with an experienced attorney) it will be critical to follow procedures to validate the departure.  If the departure is not validated, USCIS will not know about it, and is likely to issue an NTA despite the person having already left the country.  There could be serious consequences in the future such as an in absentia removal order if the person doesn’t attend a hearing.

Finally, note that the new NTA policy does not replace or change prior existing policies regarding issuance of NTA’s by USCIS.  Rather, it expands the situations in which USCIS will issue an NTA.

This article is for general information only. It does not constitute legal advice for any specific situation, nor does it create an attorney/client relationship. 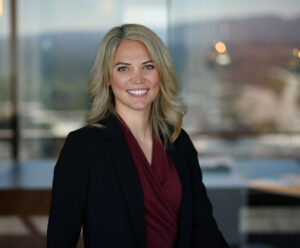 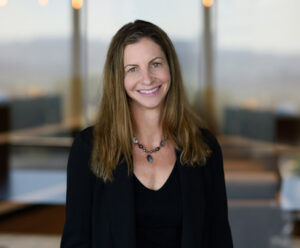